'It is ironic that Oxford...so often taken as a byword for social and educational exclusivity, should have been among the first universities in the world to have become involved in the systematic extramural education of adults.'  Dr Lawrence Goldman, Dons and Workers.

A time of social change

The nineteenth century was a period of extremes: national prosperity brought by the Industrial Revolution was offset by tremendous hardship endured by those at the lower end of the social spectrum. Social reform was imminent, and educational reform was at the forefront of the debate.

At Oxford, the 'extension of university education' to those who were not Oxford's traditional students had been discussed since 1845.

The University's governing board had been asked by a handful of reform-minded dons to make 'academical education accessible to the sons of parents whose incomes are too narrow for the scale of expenditure at present prevailing among junior members'. (1) The idea was reiterated in a Royal Commision on Oxford in the early 1850s, when the Rector of Lincoln advocated 'opening the University to the Nation and the world'. (2)

These early impulses to broaden the student population of the University were primarily concerned with expanding existing colleges and founding new ones - largely with a view toward providing more candidates for ordination into the Church. However, these discussions marked the beginning of what would shortly become a more 'open' Oxford.

'A Hall for deserving students' 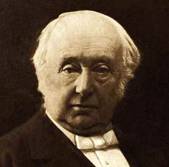 Benjamin Jowett, Fellow and Tutor (and later Master) of Balliol College, was one of those who felt strongly that the University was not reaching all who deserved to be here. 'Not a twentieth part of the ability in the country comes to the University', (3) he wrote in a letter to Florence Nightingale.

In the early 1850s he began promoting a scheme to widen the social composition of the University, to include those students of ability with limited means.

'The scheme is... a Hall attached to Balliol College' which would offer opportunities 'to men of ability rising in life not merely through the means of trade and business, but through the far better one of a liberal education'. (4)

These ideas were not embraced immediately; however, Jowett and others were at the forefront of a growing awareness of the need for wide-reaching social change, and the broadening of educational opportunities at university level was an idea whose time had come. Balliol Hall was opened in 1868, in a rented house at 26 St Giles in Oxford. But Jowett wanted more.

Jowett's concept of broadening the reach of the University included a network of satellite colleges in the provinces - colleges which would be linked to the University. Though this vision never came to pass per se, the idea was the bud which would soon blossom into the concept of 'University Extension' - the precursor of the Department for Continuing Education we know today.

Next: University Extension brings Oxford to cities and towns across England.