I am (Full) Professor of Archaeology at the University of Oxford and Director of Studies in Archaeology at the Department for Continuing Education. I have taught at Oxford and been a Fellow of Kellogg College since 1999. From Wirral, in north-west England, of Welsh family heritage, I studied History and Archaeology at Durham University, and was a visiting student and fieldworker at the University of Tromsø, Norway. In the 1990s I was a professional archaeologist working in the gas pipeline construction industry and for a planning consultancy. I have also been a temporary lecturer at the Institute of Archaeology, UCL. I am a Fellow of the Society of Antiquaries of London (FSA), Scotland (FSA Scot.) and a Member of the Chartered Institute for Archaeologists (MCIfA).

Member of Board of Visitors, Ashmolean Museum, Oxford, since 2019.

I am Director of Studies in Archaeology which means (together with Dr Alison MacDonald and Dr Toby Martin) I oversee the part-time teaching programme in Archaeology and Anthropology, including  (shared with Dr David Lewis) the programme of Courses and Workshops in the Historic Environment.

I am also serving a three-year term of office as Director of Graduate Studies - Research (DGS-R) covering all D.Phil programmes in the Department.

I am or have been PI on four major externally-funded research projects:

Birsay-Skaill Landscape Archaeology Project (Orkney, Scotland), funded by Historic Scotland, Oxford University and Orkney Islands Council. Since 2003, geophysics and selective excavation have revealed a wealth of exciting new data in this archaeologically-rich area. This project was nominated for 'Research Project of the Year' by Current Archaeology Magazine in 2012. The project was published as a monograph entitled 'Beside the Ocean' by Oxbow Books/ Casemate Publishers in 2019. Work on the excavation archive is ongong with colleagues in UHI and Durham, with new studies under way of soil chemical mapping, lipid biomarkers and animal isotopes.

SPLAT - Salisbury Plain Landscape Transitions, with Dr Olaf Bayer and Richard Osgood of the MoD. In 2015 we were awarded an ESRC Impact Acceleration Grant to develop proposals and methods for a multi-period landscape investigation on Salisbury Plain Training Area. This resulted in a series of seminars and a successful pilot project surveying (with MSc Applied Landscape Archaeology students) the Neolithic Causewayed enclosure of Robin Hood's Ball, near Larkhill. Details can be found here.

East Oxford Community Archaeology Project.  A five-year project has recently concluded, funded by the Heritage Lottery Fund and Oxford University on the archaeology and history project on the urban landscape of East Oxford.  Nominated for 'Best Community Archaeology Project' by the BAA Awards 2012. Winner 2016 Vice-Chancellor's Award for Public Engagement with Research. Open access monograph (2020) can be downloaded here.

In 2007, I completed a major research and publication project on the coastal site of Meols, Wirral, in conjunction with National Museums Liverpool. http://www.liverpoolmuseums.org.uk/mol/archaeology/projects/meols.aspx  The online project archive with the Archaeology Data Service is at http://archaeologydataservice.ac.uk/archives/view/meols_sal_2007/ where the open access monograph pdf can be downloaded.

With William Wintle and Gill Hey, I have undertaken several geophysical surveys in the environs of the Roman and Medieval small town of Dorchester-on-Thames, Oxfordshire, in conjunction with the field training weeks of the MSc in Applied Landscape Archaeology.

I also undertook and completed work funded by Cadw on the Viking Age sculptured cross 'Maen Achwyfan' in North Wales (see list of publications below).

I am currently taking part as lead reviewer in the project to publish 60 years of excavations at Dublin Castle, Ireland. I was previously an advisor for the publication of Woodstown, a Viking defended river camp in SE Ireland (Co. Waterford, with National Roads Authority and OPW Ireland). I was a member of the expert panel for EMASS, a major UCD-based project synthesising evidence for medieval settlement from recent development excavations in Ireland.

My book Vikings of the Irish Sea (2010 reprinted 2012) continues to be popular with academic, student and public audiences See: http://www.thehistorypress.co.uk/index.php/archaeology-books/vikings-of-the-irish-sea.html

I have given numerous lectures, conference papers and university research seminars in the UK and overseas, in Ireland, France, Greenland, Iceland, USA and Scandinavia. I have lectured twice to the Society of Antiquaries of London, and given named lectures including the H Addyman Lecture in York and the Whithorn Lecture.  I continue to participate in international conferences and research workshops such as the Viking Congress, IMC Leeds, ISMARN, EMWARG and the St Magnus conference series in Orkney.

I am a regular and experienced speaker to local and national societies and groups, and am lightly active on social media promoting Oxford's part-time archaeology courses, landscape archaeology, heritage, and Viking studies 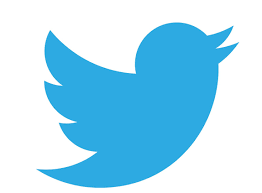 In association with recent publications in Antiquity and the Orkney monograph Beside the Ocean, I did several media interviews and features on BBC Radio. My TV career has been a bit more sporadic; I  was a consultant to the BBC 2 programme Blood of the Vikings in the early 2000s and appeared in a historical documentary for ITV presented by Eric Robson. Perhaps my most satisfying TV exploit to date was as a co-script writer and and commentator for a retrospective documentary on the history of TV depictions of the Vikings, fronted by Alice Roberts and made by 360 Productions, Timewatch on BBC4.

Books, Monographs, journal articles, book chapters and edited volumes (list does not include book reviews which have been published in Medieval Archaeology, Antiquity, Archaeological Journal, Agricultural History Review, Scottish Historical Review, amongst others.)

Griffiths, D. 2020 'How Scandinavian was the Viking Age in the Northern Isles?' Viking Encounters: Proceedings of the XVIII Viking Congress, Aarhus University Press, 318-330.

Griffiths, D. 2015 'Irish Sea identities and interconnections during the Viking Age' in Clarke, H B. and Johnson, R. (eds) Vikings in Ireland and Beyond (Dublin, Four Courts Press), 470-484.

Griffiths, D. 2013 'The Context of the 1858 Skaill Hoard', in Reynolds, A. and Webster L. (eds) Early Medieval Art and Archaeology in the Northern World, Studies in Honour of James Graham-Campbell, Brill, 501-26.