Professor Michie also contributed an essay, "How Britain can build a world-leading life sciences strategy" to the online journal 'The Conversation', in which he argues that for an industrial strategy to be successful, it would require a proper commitment to lifelong learning.

Vlad Mykhnenko had a book chapter published in Japanese: Grossmann, K., Mykhnenko, V., Haase, A. & Bontje, M. (2017). 欧米諸国における都市縮小事情と国際的な比較研究の必要性 [Circumstances of urban shrinkage in the West and the need for international comparative research. In Japanese]. In Architectural Institute of Japan (Eds), 都市縮小時代の土地利用計画 多様な都市空間創出へ向けた課題と対応策 [Land Use Planning in the Age of Urban Shrinkage: Issues and Countermeasures for the Creation of Diverse Urban Spaces. In Japanese] (pp. 168-175). Gakugei Publishers. ISBN: 978-4761540920

Dr Tara Stubbs published an article, 'T. S. Eliot, 1922, and Transatlantic Culture' in the August/September issue of The London Magazine. 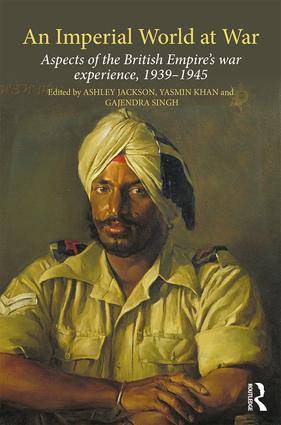 Dr Yasmin Khan co-edited the book, An imperial world at war: aspects of the British Empire's experience, 1939-1945, published by Routledge

Novelist and non-fiction writer and tutor Roopa Farooki recorded a short Vox podcast, 'How I Write'

Ancient history tutor Steve Kershaw's latest book, A Brief History of Atlantis: Plato's Ideal State was published by Robinson in September 2017. The book can be purchased through any bookseller, or at Rewley House. Steve is teaching a 10-week class on Plato's Atlantis in Maidenhead, starting January 2018.

In July MSt tutor Helen Mort explores voices from around the world for BBC Radio 4 This week, she hears poetry in Arabic, German and Spanish while thinking about the phrase ‘Bodies in Motion’: seeing how movement, through space and time, filters through the work of some very different poets.

Tutor and former Director of Studies in Local History Adrienne Rosen published The Making of Chipping Norton, the History Press.

Former Departmental Administrator Sandy Ott CUP recently published Living with the Enemy (Cambridge University Press) on the German occupation of southwestern France and the trials of certain individuals accused of collaboration in the postwar years.