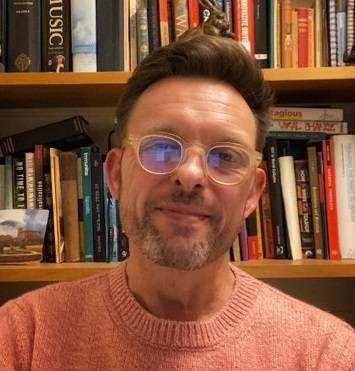 I’m delighted to announce that Professor Matthew Weait will be joining Oxford as Director of the Continuing Education Department and Fellow of Harris Manchester College. Matthew will be moving from the University of Hertfordshire, where he was Deputy Vice-Chancellor and Professor of Law and Society. He will take up the role on 11 April 2022.

Matthew has extensive experience of higher education and leadership. After completing his Undergraduate and Master’s studies at the University of Cambridge, he took his DPhil at Oxford, where he was also a Research Officer and a Stipendiary Lecturer in Law at New College. From there he moved to Birkbeck, University of London, where he was one of the founding members of the Law School. Subsequently he was called to the Bar of England and Wales before taking on the role of Deputy Director of the Law Programme at the Open University. After a period at Keele University he returned to Birkbeck as Professor of Law and Policy and Pro-Vice-Master (Academic and Community Partnerships). In 2015 he moved to the University of Portsmouth, where he was Executive Dean of the Faculty of Humanities and Social Sciences. He has held visiting positions at the universities of Stockholm, British Columbia, and Bergen, at the Odysseus Trust, at the American Bar Foundation in Chicago, and at Cardozo Law School in New York.

Matthew’s research is in the field of law and public health, in particular the impact of criminal law and criminal justice processes on people living with HIV and AIDS. He has published widely in this area and provided expert consultancy to the National AIDS Trust, the British HIV Association, the European AIDS Treatment Group, UNAIDS, and WHO (Europe). He was an advisor to the Global Commission on HIV and the Law, which reported in 2012 and is the lead for law, human rights, politics, and ethics at the International AIDS Conference 2022. In 2015 he was elected a Bencher of Middle Temple, where he is Vice-Chair of the Education and Training Committee. In 2017 he was elected a Fellow of the Academy of Social Sciences, and in 2021 to the Royal Society for Public Health.

Matthew has a longstanding commitment to promoting higher and continuing educational opportunities for non-traditional learners, and to equality, diversity, and inclusion in higher education. He has been a Governor of Morley College, Athena SWAN Champion at Portsmouth and Senior LGBTQ+ Champion at Hertfordshire. He is a keen writer of fiction and has an MA in Creative Writing from Birkbeck.

Matthew comments: “It is an honour and a privilege to return to the University where I started my academic career back in 1986. The Department for Continuing Education has a long and distinguished history of enabling people to benefit from the outstanding teaching, research and scholarship that the University has to offer, and I look forward to working with colleagues in the Department, and across the University, to sustain and further to develop its vital contribution.”

In closing, while warmly welcoming Matthew, I’d also like to record my thanks to Adrian Stokes, who has done an outstanding job as interim head and I’m sure will continue to do so in the months ahead, ensuring Matthew takes on a department in good health and, I hope, good spirits.