Online hillforts atlas maps all 4,147 in Britain and Ireland for the first time

Dotted across the landscape of Britain and Ireland, hillforts have been part of our story for millennia. Now launched for the first time is a new online atlas that captures all of their locations and key details in one resource.

With the help of citizen scientists from across England, Ireland, Northern Ireland, Scotland and Wales, a research team funded by the Arts and Humanities Research Council (AHRC) has spent the last five years sifting and recording information on all the hillforts across Britain and Ireland. They have discovered there are 4,147 hillforts in total, and have collated details for every one on a website that is accessible to the public – and completely free.

The project – The Atlas of Hillforts of Britain and Ireland, led in part by Professor Gary Lock (pictured above, right) – has won an award in this year’s Vice-Chancellor’s Public Engagement with Research Awards, which celebrate public engagement work across the University. The announcement  was made at an awards ceremony at the Oxford University Museum of Natural History on 28 June 2017, hosted by Vice-Chancellor Professor Louise Richardson.

The Citizen scientists were recruited as volunteers to collect data by visiting and surveying hillforts. A detailed survey form was provided together with guidance notes and over 60 talks and training sessions were delivered to support these activities. Around 400 people were actively involved with many more attending the conferences, talks and training days.

The data they've amassed provides new insights into these monuments based on patterns and relationships that have never been possible before at this scale. 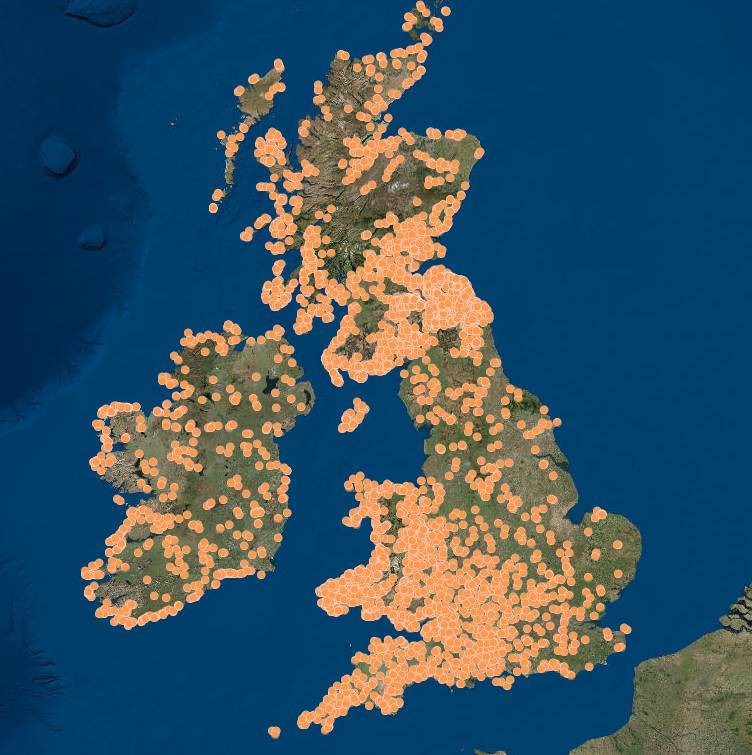 Citizen scientists to the rescue

There are over 5,000 Iron Age hillforts in Britain and Ireland; and yet, despite their ubiquity, they are little-researched. The project team - led by Emeritus Professor Gary Lock and Professor Ian Ralston of Edinburgh University with the help of archaeologists at University College Cork – sought to rectify this.

Citizen scientists' from local archaeological societies and the general public were provided with training resources and asked to identify and record features such as ramparts, ditches and entrances.

The five-year project, funded by the Arts and Humanities Research Council, collected, collated and presented data on hillforts across the UK and Ireland – providing for the first time an integrated resource to serve research into this important monument type.

This unique resource will provide free access to information about world-famous sites as well as many previously little-known hillforts, helping ramblers, cyclists, naturalists, and local history enthusiasts discover all the sites in their local area.

Professor Gary Lock said, “We hope it will encourage people to visit some incredible hillforts that they may never have known were right under their feet. It is hoped that the atlas will help raise the profile of hillforts that are half-hidden and underappreciated in their local community.” 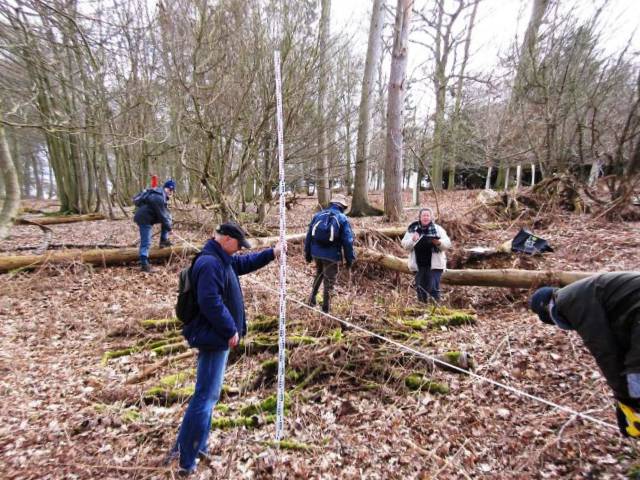 Forts by name, not necessarily by nature

Mostly built during the Iron Age, the oldest hillforts date to around 1,000BC and the most recent to around 700AD.  Hillforts were central to more than 1,500 years of ancient living: with numerous functions - yet to be fully understood – perhaps settlements, perhaps communal gathering spaces, perhaps defensive, perhaps all three. The research also shows that, fascinatingly, not all hillforts are on hills; nor are they all forts.

There is much evidence of domestic and commercial activity: pottery, metalwork, spinning and weaving are known to have taken place. The existence of crops like wheat and barley show agricultural usage, along with the keeping of pigs, sheep and cattle.

Hillforts may also have been meeting places for religious festivals or market days.

Hillforts are an astonishing reminder of the ancient past; monumental impressions left by our ancestors on the landscape. But some of them are more obvious, and more well-known than others. This new atlas draws on the latest research and maps all 4,147 - it makes this facet of our ancient heritage accessible to everybody including the general public and researchers.

Professor Gary Lock hopes ‘that this resource will be the starting point for a new period of interest and research into hillforts, we have collected the data it is there for people to download and work within their own research interests’.

The project website – a free, online database – was launched in late June 2017. It is accessible on mobile devices, and as such can be used while visiting a hillfort. A paper atlas is also in development, to be published in summer 2018.

About the Vice-Chancellor's Public Engagement with Research Awards

The Vice-Chancellor's Public Engagement with Research Awards recognise and reward those at the University who undertake high-quality engagement activities and have contributed to building capacity in this area. The Atlas of Hillforts of Britain and Ireland was one of six winners in the Project category of the awards.

The Vice-Chancellor's Public Engagement with Research Awards recognise and reward those at the University who undertake high-quality engagement activities and have contributed to building capacity in this area. The awards are awarded in three categories – Early Career Researcher, Building Capacity and Projects. Entrants can be at any level in their career and activities of any scale are welcome.

Professor Louise Richardson, Vice-Chancellor says: “I have been deeply impressed by the quality of the public engagement with research projects submitted for this year’s awards. The breadth and diversity of the activities taking place show how seriously the University takes its commitment to public engagement.”

Professor Alison Woollard, the University’s Academic Champion for Public Engagement with Research says: “Public engagement enriches both research and society and the University is committed to enabling our researchers to inspire, consult and collaborate with the public. I’m delighted that we are able to recognise and highlight the fantastic work our researchers are doing and hope these awards encourage more colleagues across the University to carry out their own public engagement with research.”